In 1836, Daniel Wait came to Elyria to preach the gospel.  He gained permission to hold services in the courthouse, and six people of Baptist faith came to the meetings.  When the courthouse became unavailable, services were held in the “old yellow school house,” where the old courthouse now stands.  Lack of support forced Rev. Wait to resign after only a year, but during that time, four had been baptized, and nineteen members comprised the infant church.  In 1838, a new church building was constructed on the corner of Second Street and Middle Avenue-land donated by Mr. Herman Ely, a founding father of  Elyria.  The building was dedicated on December 26, 1839.

During the Civil War, Rev. George E. Leonard faced the task of bringing together various factions in the church.  Absent from the pastorate for a time, he ministered to sick and wounded soldiers.  The Ladies Society was also used by God during this difficult season, and their charitable deeds, prayers, and encouragement maintained the church body. Under the leadership of Rev. H.H. Bawden (1866-1874), young people’s prayer meetings were organized, missionary concerts were revived, the Women’s Foreign Mission Circle was founded, new hymn books were purchased, congregational singing was tried for a time, and a faithful lady of the church, Miss Louise Carter, became the Sunday School superintendent.

In 1884, a second church building was constructed on the same site as the first building (at Middle Avenue and Second Street).  A small group of faithful attendees and members committed to pay for the entire cost – $22,528.50.  It was a testimony to the community and was praised in a newspaper article of the day.  During this same time, the Sunday School became a well-organized outreach of the church, led by the gifted Miss Carrie Mussey.

Rev. Elmer E. Knapp served from 1893 to 1902, the longest pastorate until that time, and helped to inaugurate a choir in 1897.  Beginning with only fifteen voices made up of young people in the church, this ministry flourished until the present day and will celebrate its 115th birthday on January 1st, 2012.

Beginning his tenure with nightly tent meetings, Rev. R.E. Neighbor (1919-1923) determined to emphasize the doctrine of pre-millenialism and made a great impact on the church.  Men of note, William L. Pettengill, “Gipsy” Smith from England, and Dr. Lewis Sperry Schaffer preached during evangelistic meetings.  In 1920, a fledgling mission, led by missionary William Haas, originated in the prayer rooms of the First Baptist Church.  Baptist Mid-Missions, headquartered in Cleveland, Ohio, now sends 1,300 missionaries around the world.

Rev. Robert T. Ketcham led the church from 1926 to 1932, and membership grew through a thriving Sunday School and young people’s work.  Evangelistic meetings in 1929, in cooperation with four area churches, were led by Rev. William A. (Billy) Sunday in a special tabernacle erected for that purpose.  It was a temporary wood structure, with benches made of boards and thick sawdust on the ground.  Though the church voted to sever all ties with the Northern Baptist Convention and Ohio State Convention in 1929, because of their departure from the historic and scriptural faith of regular Baptists, membership under Dr. Ketcham grew to 792 in 1932.  Dr. Ketcham was later instrumental in starting the General Association of Regular Baptist Churches, the organization with which First Baptist is still affiliated today.

At the time of the nation-wide depression, the church delayed building plans, curtailed a number of outreaches, and diverted funds to maintain and repair the existing structure.  Extreme economic hardship enabled First Baptist to minister to many in need.  At the close of the Depression, membership stood at 1,015.

Under Rev. J. Irving Reese (1940-1947), First Baptist was again instrumental in starting a mission board, though this one concentrated outreach in the United States alone.  Fellowship of Baptists for Home Missions continued until 1985, when it changed its name to Baptist Mission of North America.  Currently 150 missionaries are sent out by Baptist Church Planters of Grafton, Ohio, an offshoot of that original organization.

World War II greatly impacted church families.  Pastor Reese published a little paper called “Home News,” which he sent quarterly to men in the service.  At the conclusion of WW II, 155 young men from our church and Sunday School were in the armed forces, and six of these gave the supreme sacrifice of their lives.  On “V-Day,” September 4, 1944, a sign was printed and displayed at the church which read, ”

Praise God for Victory; This Church Open for Worship.” In 1950, the church voted to sell the Middle Avenue property to Northern Savings and Loan for $68,000.00, as well as properties at 232 and 306 East Avenue.  Property on Washington Avenue, with an existing home, servants’ quarters, and a garage, was purchased for $45,000 in 1951.  Regular services were held in the new, completed building on April 6, 1952.  In 1957, under the pastorate of Rev. Robert J. Reynhout, the church burned the mortgage.  An addition, the Bethel Hall educational unit, was completed in 1962.

In 1960, under Rev. Woodrow W. McCaleb, the AWANA program became a part of our church’s ministry, and in 1968, the church donated funds to purchase property that would later become the Christian camp in Millersburg, Ohio known as Skyview Ranch.

Rev. Willis R. Hull became pastor in 1971, with a burden for Christian education and a vision for expansion.  First Baptist Christian School began in 1976, after the church severed ties with the Elyria Christian Academy, with which it was associated for two years prior.  In 1977, the church voted to purchase 33 acres on Lagrange Rd. at a cost of $100,000.00.  A gym was constructed first, and then the building proper was completed and dedicated on February 20, 1983, at a cost of $562,500.00.

What followed was the longest pastorate in First Baptist’s history and a wonderful time of growth and unity – Dr. Bradley W. Quick served for over twenty-six years, until his homegoing in August of 2010.  During this pastorate, the youth group grew and began annual mission trips to locales both near and far, young men served as summer interns and gained experience by participating in many of First Baptist’s ministries, the pastoral staff expanded to include four assistant pastors, and seven individuals/family units went out from this congregation into full-time missionary service.  After years of double services and another mortgage burning, construction commenced on a 29,962 square feet addition that included an 1100 seat auditorium, a sizeable foyer, an office suite, a large nursery, various Sunday School rooms, a choir warm-up room, a baptismal changing area, a conference room, and additional restrooms.  Because of God’s blessings and a large physical plant (completed in 2002), God enabled First Baptist to reach out even more into Elyria and the surrounding communities, through golf outings, wild game dinners, Good News clubs, ladies’ and men’s retreats, annual Christmas Musicales, and much more.  First Baptist also hosted the OARBC (Ohio Association of Regular Baptist Churches) annual meeting, the BMM (Baptist Mid-Missions) annual conferences, Hebron Sunday School workshops, and the GARBC (General Association of Regular baptist Churches) annual conference.

In 2011, God brought a new leader for First Baptist Church—Rev. Patrick Odle.  We look forward to seeing how God grows this church body, both spiritually and numerically, in the days ahead under Rev. Odle’s capable shepherding. 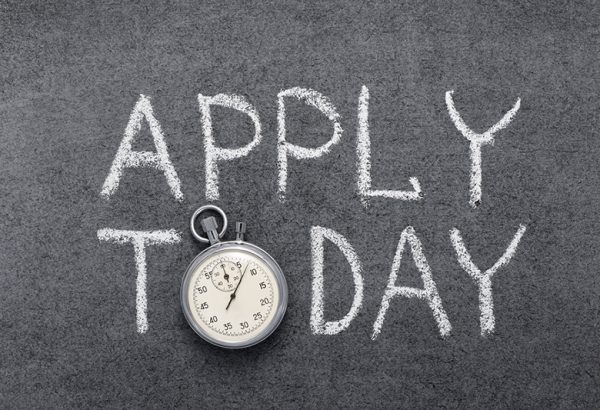